ABC Award for Excellence in Construction

ABC Award for Excellence in Construction

DECEMBER 2012 — Garney Holding Company announced its latest expansion with the acquisition of Encore Construction Company, based out of Winter Garden, Florida. Encore is an environmental contractor specializing in the construction of water and wastewater treatment facilities and pump stations. Encore has approximately 125 employees with projected revenues of $80 million for 2012. Acquiring Encore will significantly enhance Garney’s treatment plant construction operations in the Southeastern United States.

In addition to Encore’s strong plant capabilities in the Southeast, Garney was attracted to their culture, which closely mimics the strong culture and core values at Garney. Pat Rainey, founder and principal of the company, is planning to retire in the next few years and will be divesting his ownership in the company. Selling his company to Garney interested Pat because of Garney’s employee-ownership structure. This ownership structure gives the Encore employees a great opportunity to obtain a stake in Garney, build a successful career with a leader in the industry, and retire securely.

“We are excited to welcome the Encore organization as our newest employee-owners,” said Mike Heitmann, President of Garney Construction. “We are fortunate to have acquired a dedicated, hard-working team of people at Encore and look forward to talking new opportunities with our combined forces. We have an opportunity to learn from Encore’s strengths as well as show them the strengths of Garney, thereby enabling both organizations to continue leading the water and wastewater industry.”

Encore Construction was organized as a Sole Proprietorship in 1984 by founder Patrick T. Rainey. The company initially operated as a concrete foundation firm. Encore took advantage of the construction boom that Disney and other theme parks brought to Central Florida during its first year of operation in 1985. By the end of the year, Encore had 10 full-time employees and was incorporated in the State of Florida. By 1989, Encore had developed a niche in the water and wastewater treatment plant market segment, where the company’s main focus is today.

OCTOBER 2012 — In the gas and oil capital of West Texas, a drought couldn’t have come at a worse time. The City of Midland is experiencing a gas and oil boom which is filling hotels, creating a housing market comparable to New York City, occupying offices that have sat empty since the last boom, over-populating schools, and dropping the unemployment rate below 4%. This sudden influx in the economy has Midland running out of water. A city that has historically drawn its water from three nearby reservoirs has seen two dry up completely and the third drop below 12% capacity. With water lacking, Midland faces a dilemma: how do they support a rapidly growing community with a rapidly depleting water source? The solution is to bring groundwater from the T-Bar Ranch 65 miles west of town. In 1965, the City of Midland purchased this ranch, knowing that the Pecos Valley Alluvium flowed beneath the property.

To design and construct this $200 million project spanning three counties in less than 15 months, Garney joined an unrivaled design-build team. In late 2011, Garney joined forces with four industry leading companies, along with the Midland County Fresh Water Supply District, to help the City solve their water problems. Below is an outline of the team members and the roles they play:

The project can be broken down into three components:

Well Field Collection System: The well field sits on the T-Bar Ranch and will be comprised of 40 to 45 production wells, a 2 MG ground storage tank, and a high service pump station. The wells vary from 350 to 700 feet deep and will produce between 250 and 650 gallons per minute. The 22 miles of well field collection piping is primarily PVC pipe, with the exception of the 36” bar wrapped C303 trunk pipeline. The high service pump station is designed to push 20 million gallons of water a day to Midland.

Transmission Main: This pipeline is 60 miles long consisting of both 48” steel pipe and 48” bar wrapped C303 pipe. The first 25 miles of the line gradually climbs 500 feet in elevation to the top of the cap rock north of Notrees, Texas. Atop the cap rock will sit a 2 MG ground storage tank and the site for a future twin tank for expansion of the line. From the intermediate tank site, the 48” transmission main is gravity fed 35 miles, dropping 500 feet in elevation toward Midland, where a pressure reducing terminus facility will be constructed and the 191 Extension project begins. The pipeline has been designed to bring as much as 38 MGD to Midland with the future expansion of the well field, tanks and facilities. The pipe material is being supplied by three different pipe suppliers: Hanson Pressure Pipe, Northwest Pipe, and Ameron International, all of with whom Garney has strong relationships.

191 Extension Project: On the same site as the terminus structure, the 191 Extension Project begins with a 5 MG elevated water tower and a chlorination facility. From the water tower, an additional five miles of 48” bar wrapped pipe will be installed and will tie directly into the City’s water system. In addition, approximately eight miles of 16” PVC distribution pipe will be installed. This extension project is being designed by Parkhill Smith and Cooper, constructed by Garney, and will ultimately be owned, operated and maintained by the City of Midland.

There are a number of significant challenges that made this group of companies the right team for the project:

The project is currently underway and is projected to be completed by May 2013. 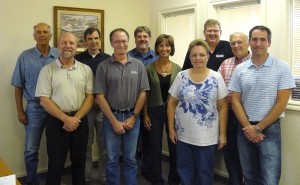 Garney Holding Company announced its latest expansion with the acquisition of Weaver General Construction, based out of Englewood, Colorado. Weaver specializes in the construction of water and wastewater facilities with an emphasis in Construction Management (CM) based delivery. Acquiring Weaver will boost Garney’s CM capabilities while gaining access to several important customers with whom Weaver has strong relationships. The new entity will be known as Weaver Construction Management, Inc., a wholly owned subsidiary of Garney Holding Company.

In addition to Weaver’s CM strengths and client relationships, Garney was attracted to their culture, which closely mimics the strong culture and core values at Garney. Wes Weaver, founder and principal of the company, will remain on board to transition his operations and customer relationships over to the new company.

“All employee-owners here at Garney welcome the Weaver folks into the family,” said Mike Heitmann, Garney President and CEO. “We are fortunate to have acquired a dedicated, hard-working team of people at Weaver and we look forward to tackling new opportunities with our combined forces. We now have an opportunity to learn from Weaver’s strengths as well as show them the strengths of Garney, thereby enabling both organizations to continue leading the water and wastewater industry.”

Weaver and its predecessor companies have been in business since 1951. Throughout their 60-year history, Weaver has successfully completed numerous treatment facilities, industrial plants, educational facilities, and office buildings throughout the Western United States. Weaver has performed work for numerous repeat clients who substantiate their quality of work. They are a hometown company in the Denver area and their great reputation is the key determinant of their past success. 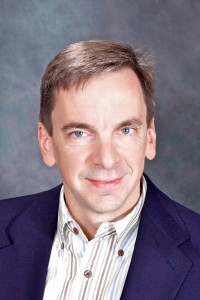 Mike Heitmann has been named President and CEO of Garney Construction. He will oversee company-wide strategic planning and business development from its headquarters in Kansas City. Heitmann has spent his entire career at Garney, starting at the company after graduating from the University of Kansas more than 20 years ago. He most recently led the development of Garney’s water and wastewater capabilities in the private and industrial markets.

Garney leaders appreciate Heitmann’s loyalty to and vision for the company. “Garney started as a family company, and even though we’ve expanded considerably, we’re still a family of more than 700 employee-owners,” said Charles Garney, who started the company in 1961 and now serves on its Board of Directors. “A key moment in our history was my interview with Mike Heitmann and his decision to join Garney back in 1990. It has been a real pleasure watching him develop over the years, and I am very proud of his latest achievement being named President and CEO.”

Heitmann’s selection is the culmination of a three-year transition to a new generation of senior leadership at Garney. “The resulting new organizational structure was built on proven performers at Garney with an eye on future market opportunities and a strong desire to continue a legacy of consensus management,” said Board Chairman Robert Millwee. “The current Officer Team has worked well together during the transition and is positioned for continued success.”

Heitmann believes Garney’s greatest strength lies in its 100 percent employee ownership. “Garney is a very unique organization and I am proud to be a part of it,” he said. “Employee ownership has created a culture of honesty, integrity and excellence. It is a great honor to be a member of the leadership team and to work with such dedicated and loyal employee-owners.”