Kipp Connell promoted to Director of IT

Garney had been located on Vivion Road since its beginning in 1961. The company, founded by Charles Garney, started out in a small building nicknamed the “Hot Dog Stand.” After a couple years, the company outgrew that space and relocated to 1235 NW Vivion Road, then moved to 1331 NW Vivion Road in the early 1970s. Garney built a new location at 1333 NW Vivion Road in 2001 where it remained until November 2020. Over the last 59 years, Garney Construction has become the nation’s leader in water and wastewater systems with annual revenue exceeding $1.1 billion in 2019. That success and growth led the company to seek expanded space for 75 employee-owners who operate from its headquarters.

“We are excited to join the North Kansas City business community,” said Mike Heitmann, CEO of Garney Construction. “We wanted to remain in the Northland, and the walkability and energy of North KC really appealed to us.”

As the company grew, Garney recognized that it had outgrown its space at 1333 NW Vivion Road, even after two recent expansions—including a renovated basement and separate shop converted to office and training space—that added 8,700 square feet to the original 8,000 square-foot building. Garney’s leadership found the best space to suit their needs in North Kansas City. Renovations to the new office are being completed by Gould Evans as architect and Haren Companies as the general contractor.

“Gould Evans and Haren have really created a space that our employee-owners are going to be excited about. They have focused on customizing the building to fit Garney’s current and future needs and providing a smooth transition for our employee-owners,” said Tony Kempf, Vice President and building manager. 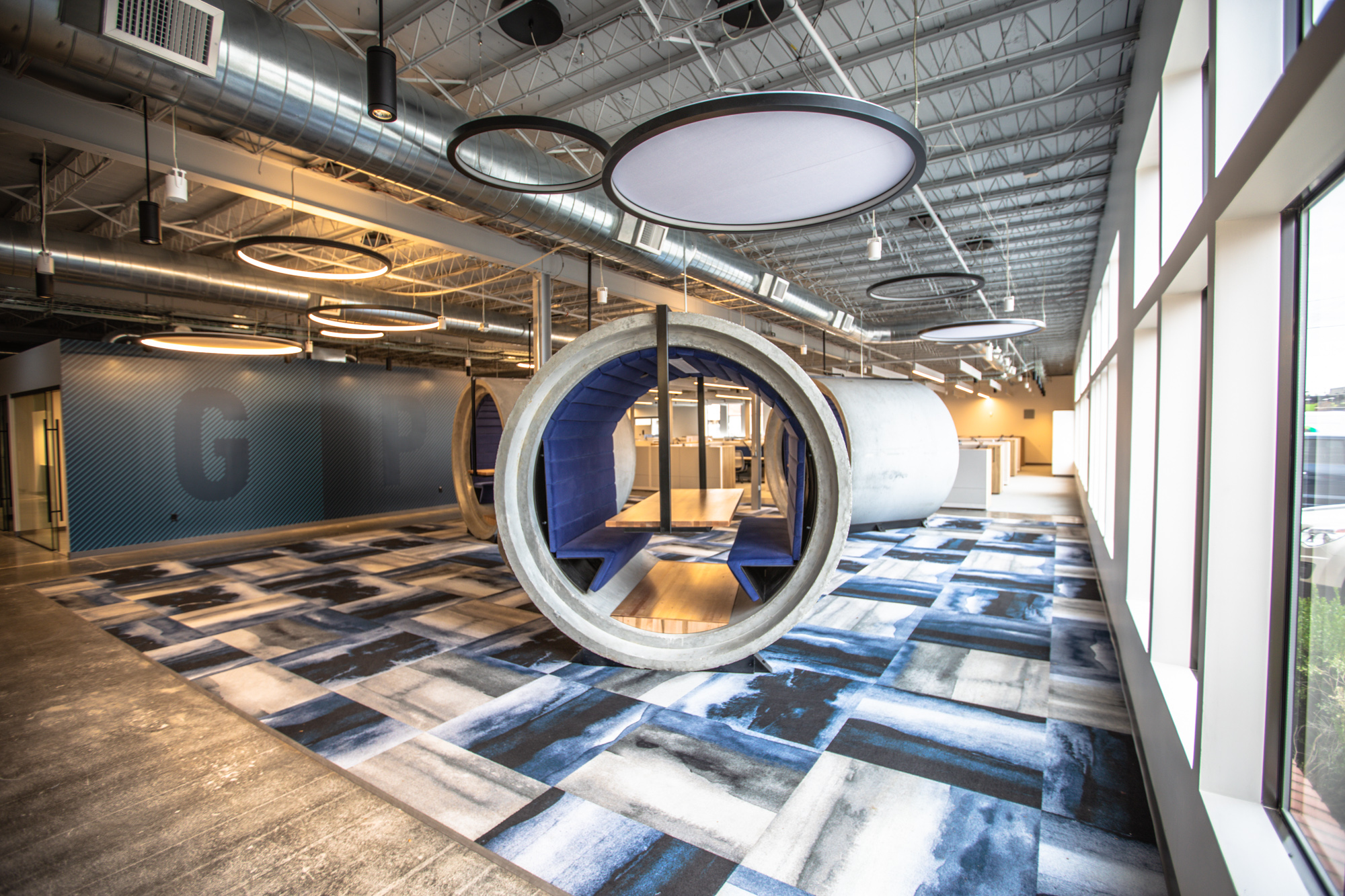 Every day, people drive on, under, over, and around public infrastructure. The first two are easy to observe—the roads you drive on and power/telecommunication lines you drive under. What you don’t see is what you drive over and around—waterlines that bring clean water to your home and workplace, sewer lines that take away your liquid waste, and the facilities cleaning and treating that water.

Do you know which one you can’t live without? Water.

Garney created a video to Imagine a Day Without Water. It’s a good reminder that water is essential for everything we do in life.

Imagine a Day Without Water is led by the Value of Water Campaign to raise awareness about how water is our most precious resource, yet the most undervalued. America’s water infrastructure is rapidly aging and deteriorating. Since water infrastructure is largely invisible, it’s out of sight, out of mind for most people. While nature provides water, it takes pipes, pumps, equipment, and people working 24/7 to deliver clean water to homes and businesses, and then remove and treat wastewater so it can safely be reused or returned to the environment.

The gap between funding water and our water infrastructure needs is growing daily and is currently at $81 billion, according to a recent study by ASCE and the Value of Water Campaign. We can’t continue to ignore this fact. Let your local, state, and national elected officials know you want change and support increased water funding and necessary rate increases required to make this happen.

Learn more at imagineadaywithoutwater.org and follow the conversation on social media at #ValueWater.

Kipp Connell promoted to Director of IT

Garney is pleased to announce the promotion of Kipp Connell to Director of Information Technology (IT). After serving as Garney’s IT Manager for the last five years, Kipp’s promotion creates the new role of Director of IT. In this role, Kipp will continue to oversee Garney’s responsive and agile IT team as well as maintain our backend security. Kipp’s integrity, positive attitude, and approach to problem-solving have facilitated improvements in the behind-the-scenes systems that support and protect Garney’s employee-owners. Kipp joined Garney in 2015 after working in IT for the Lawrence, Kansas, Police Department for 11 years. He attended Washburn University and holds degrees in information technology and business administration.

Garney is pleased to announce the promotion of Meggan Krase to Chief Financial Officer (CFO). Throughout her career at Garney, Meggan has demonstrated tremendous work ethic and dedication, which has propelled her to achieve this important position. Her humility, service-minded orientation, and willingness to do whatever it takes demonstrates her commitment to Garney and her team. What’s even more impressive is her courageousness to blaze this trail in a traditionally male-dominated industry like construction. The respect and admiration she has garnered from her peers in operations is a testament to the type of leader she is. Jeff Lacy is leaving a tremendous legacy at the CFO position and replacing this leadership is no small feat. However, Meggan is fully capable of taking the reins and leading the financial side of our company into the future.