The Knoxville Utilities Board provides safe drinking water to more than 450,000 residents in Tennessee. In early 2021, the Board’s primary effluent outfall line suffered a blockage, so they contacted Garney to assist with this emergency repair alongside design engineer CDM Smith.

To stop the blockage, Garney needed to replace the existing 48-inch HDPE wastewater treatment plant outfall line within the Tennessee River with a new 400 linear foot (LF) section of a 48-inch ductile iron pipe outfall line. The scope of work also included installing 100 LF of 36-foot-deep sheet pile shoring, 40 total 12-inch welded-on outlets, and paving. The main challenge involved with this project was the proximity to a widely used greenway near the University of Tennessee campus and Neyland Stadium, which required public relations during the greenway closure.

The wastewater treatment plant needed to remain in full operation throughout the installation of the new effluent line. This was completed without the use of any bypass pumping. Instead, a high-pressure 48-inch plug was installed in the primary outfall line during a scheduled shutdown, which forced the effluent to surcharge within the outfall structure and use the secondary outfall line. Once the new line was installed, a second scheduled shutdown was performed to remove the plug.

Following a CMAR approach on this project allowed the team to procure long-lead materials while the design was being finalized. Due to this collaborative effort, it took the project team less than one year to replace the effluent outfall line. 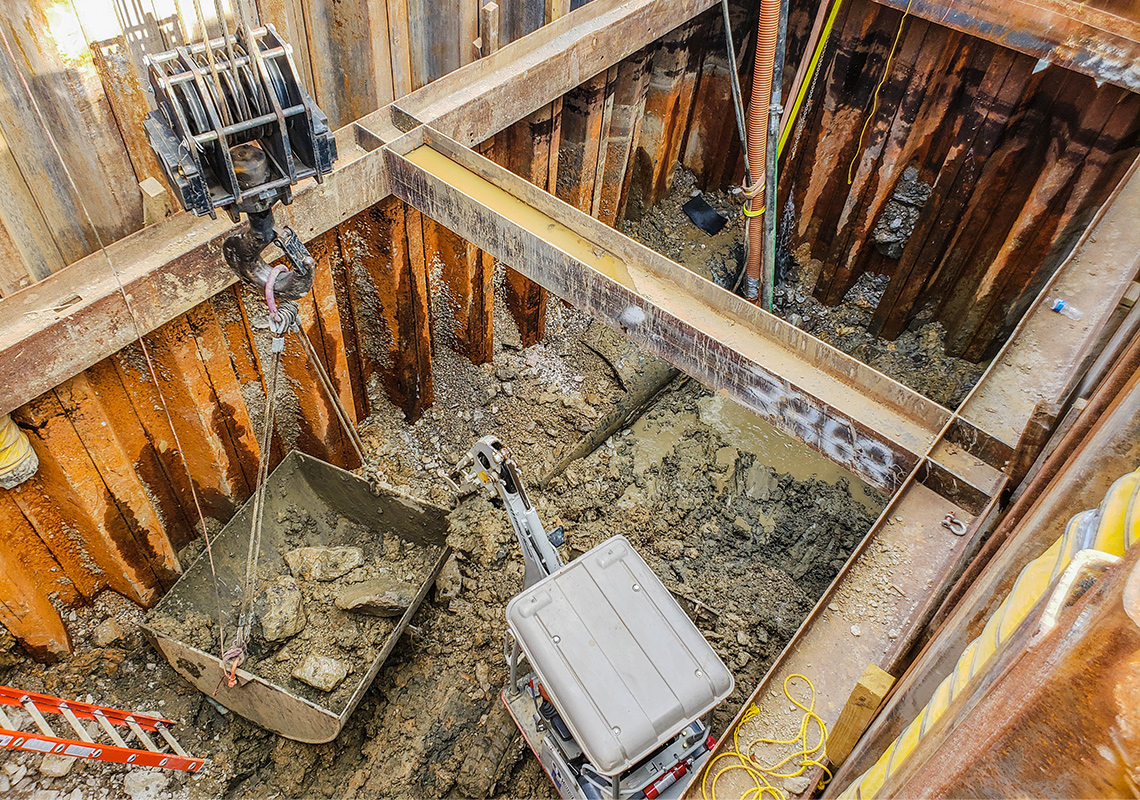 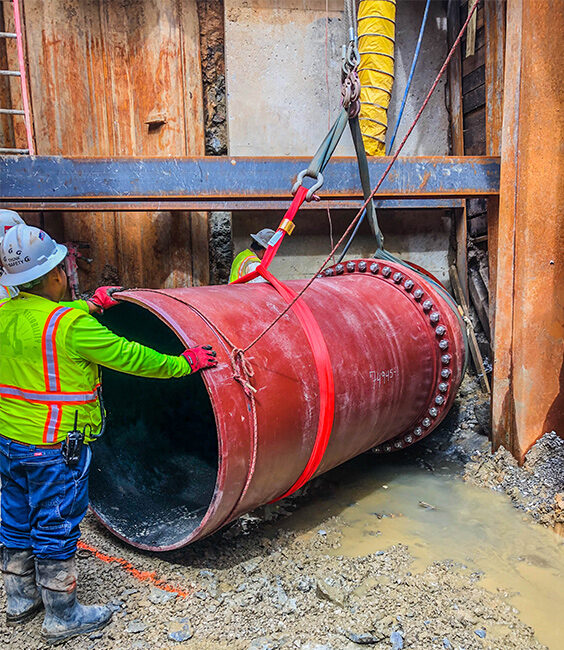 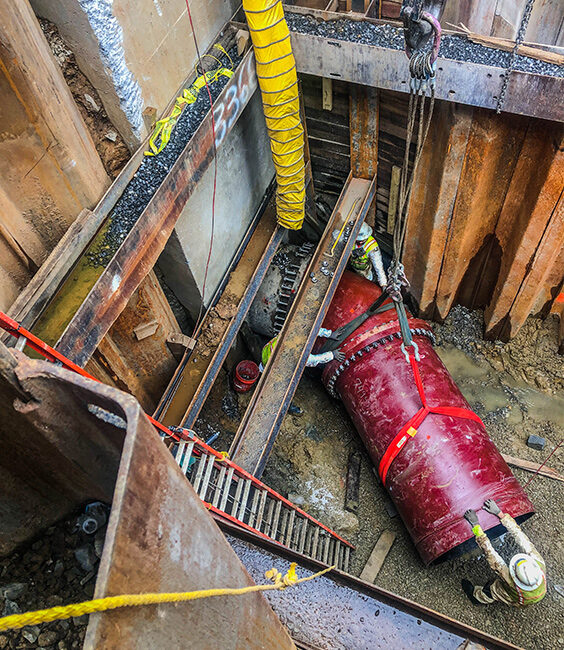 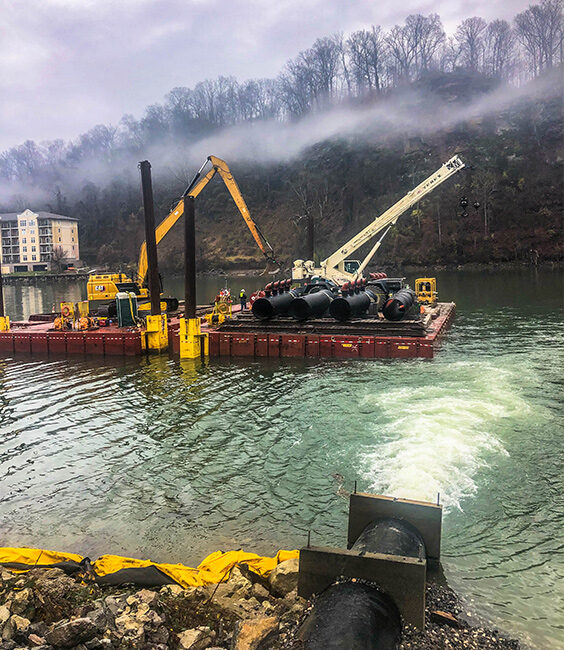 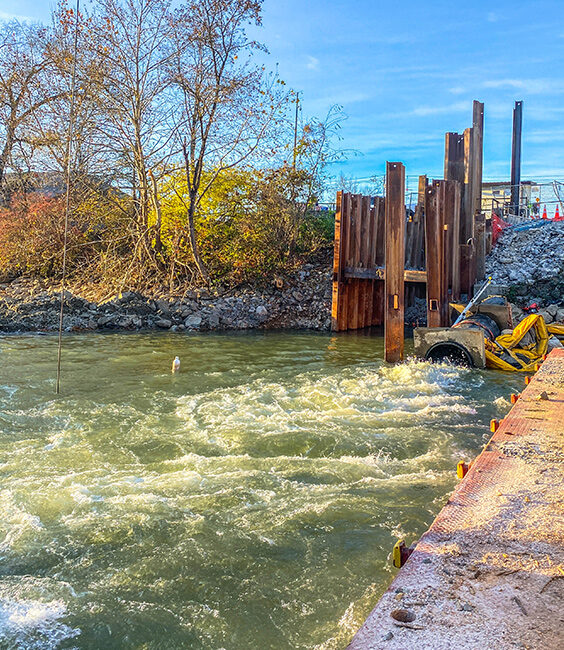