Jeff graduated from Westminster College with a degree in Accounting, Economics & Business Administration. He was an auditor with McDonnell Douglas and then spent several years as Vice President of Finance at a grocery company in Kansas City. Jeff joined Garney in May 1994 as Controller. In addition to overseeing all accounting, human resources, and information technology personnel, Jeff developed, implemented, and administered long-standing accounting policies and internal controls at Garney. His business acumen brought computers and email to Garney as well as a keen strategy for using data. Jeff’s recommendations and guidance allowed the company to do more with less effort—a Garney trademark.

Throughout his career at Garney, Jeff was a key player in the acquisitions of Grimm Construction, Encore Construction, Weaver Construction, Warren Environmental, and A&W Maintenance. He worked to integrate these firms’ accounting systems as seamlessly as possible while also embracing the new employee-owners and educating them on Garney’s ESOP and benefits. Jeff was also instrumental in helping secure the Vista Ridge Water Supply Project—Garney’s largest project to date and the largest public-private partnership (P3) water project in North America. Jeff made a tremendous impact on the company, guiding decisions on Garney’s ESOP, insurance, and other benefits for its employee-owners.

Jeff’s mantra has always been, “You will get all you want in life, if you help enough other people get what they want.” (Zig Ziglar) Jeff’s legacy is so much more than what he accomplished throughout his career—he has profoundly impacted Garney’s employee-owners for the last three decades and for future generations to come. His infectious laughter will be missed around here!

Jeff is succeeded by Meggan Krase, Garney’s current Chief Financial Officer. Read more about Meggan and her background on our Leadership page. 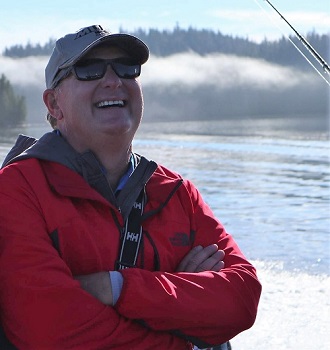